Sunday is the last day of the 2009 L'Esprit de Noel Holiday Home Tour and Boutique at Lowry. Hours are 10-4:30 and the boutique is located at 350 Quebec Street. A portion of sales will go to the Central City Opera Guild. Hope to see you there. 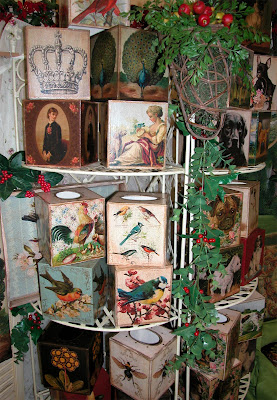 Some of my Tissue Box Cover Designs
Posted by Robin King at 12:36 AM 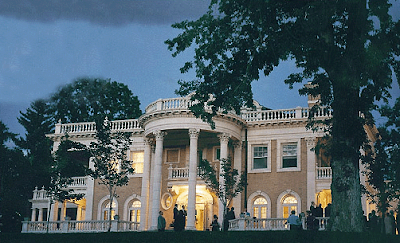 The annual Christmas in Colorado Holiday Show is this upcoming Friday and Saturday at the historic Grant Humphreys Mansion at 770 Pennsylvania Street in downtown Denver. More than 40 artisans will be selling their unique wares throughout the rooms of this Denver landmark. Once inside, don't forget to look for the beautiful stained glass windows, the grand staircase, a bowling alley and a small stage in the basement. The show hours are November 13th 9:00 am to 6:00 pm and November 14th 9:00 am to 4:00 pm. Here is a sneak peak at a few of my latest items made specially for the show. Hope to see you there. 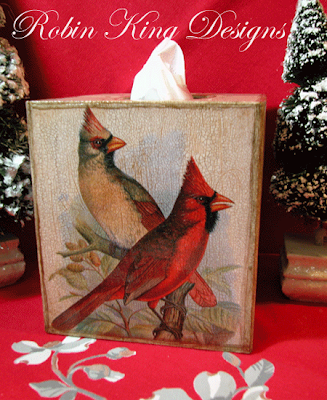 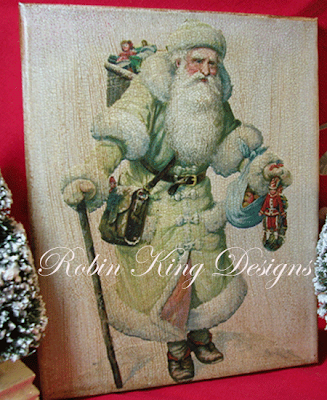 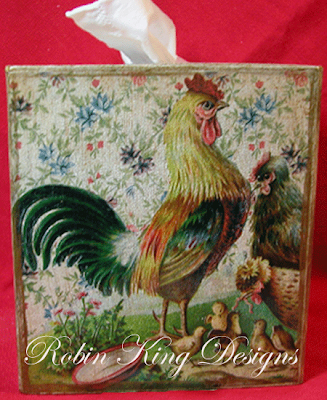 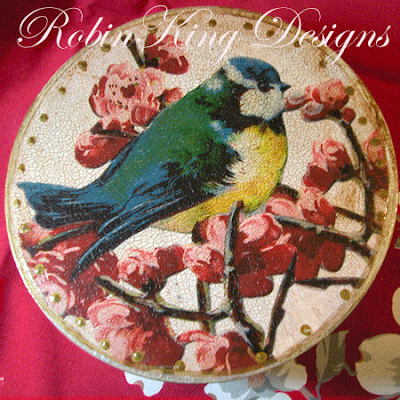 Bird on Branch Round Box
*Photo by Dian McGown. Additional information on the Grant Humphreys Mansion from the Colorado Historical Society: http://www.coloradohistory.org/ghm/rentals_ghm_1.htm
Posted by Robin King at 10:16 PM

Just a few weeks ago, my 98-year old grandmother fell and broke her hip. She is now in rehab and having a very hard time. She will not be able to go back to her room in the assisted living home, but instead will to be transferred to a nursing home next week. Although she is 98, her mind is as sharp as a tack, her body is just getting weaker. 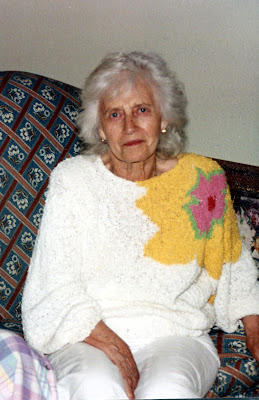 She has been called Ruby her whole life, but her given name is Robina. Born in Scotland, her family moved to Canada and then to the United States. She still has the small flag she received when passing her United States Citizen test. 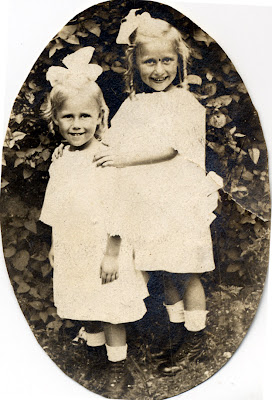 Ruby (right) and her sister Martha 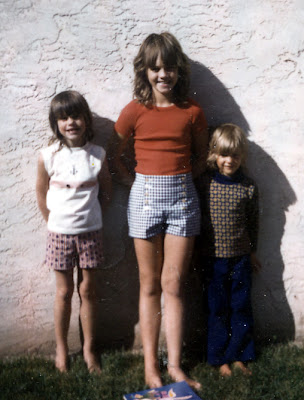 My sisters and I were to call her "Nana" (we were never to call her grandmother, after all, that was a name for old people she would say).

Having been very healthy, she lived on her own until she was 94. She would tend to her roses, paint beautiful oil paintings, make her own clothes, knit dramatic scarves and eat healthy homemade meals. As I sat beside her as the representatives from the nursing home interviewed her, I could not help but think of all I had learned from her. She taught me about God and the importance of having a personal relationship with Him. She also taught me about art, how to cook, knit and sew. Throughout her life, she has loved stylish clothes, singing, playing the piano, redecorating her house, politics, music and beautiful things. I would like to share with you a few pictures she has painted. 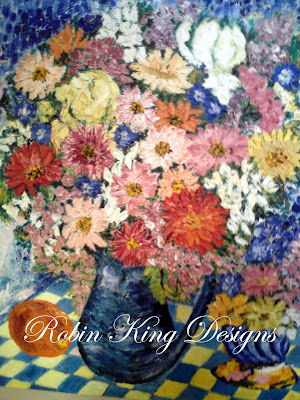 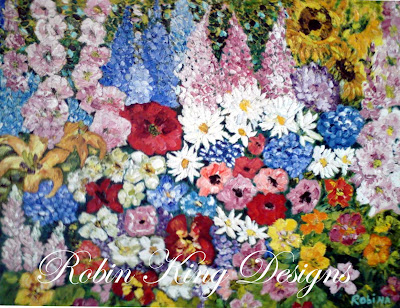 Ruby would paint in her kitchen because that is where she said the light was light best. When we moved her out of her condo, I found paint brushes, tubes of paint and little paint mixing bowls throughout the kitchen. There were daubs of different color paint here and there on the cupbards, the floor and counters. Now, when my husband lets me know that I have manged to get paint on almost all of our glasses and cups, I tell him it's Nana's fault. Afer all, she is the one who showed me how to live as an artist.
Posted by Robin King at 6:51 PM 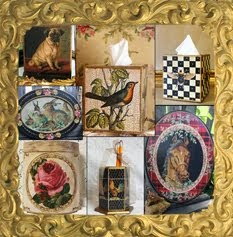 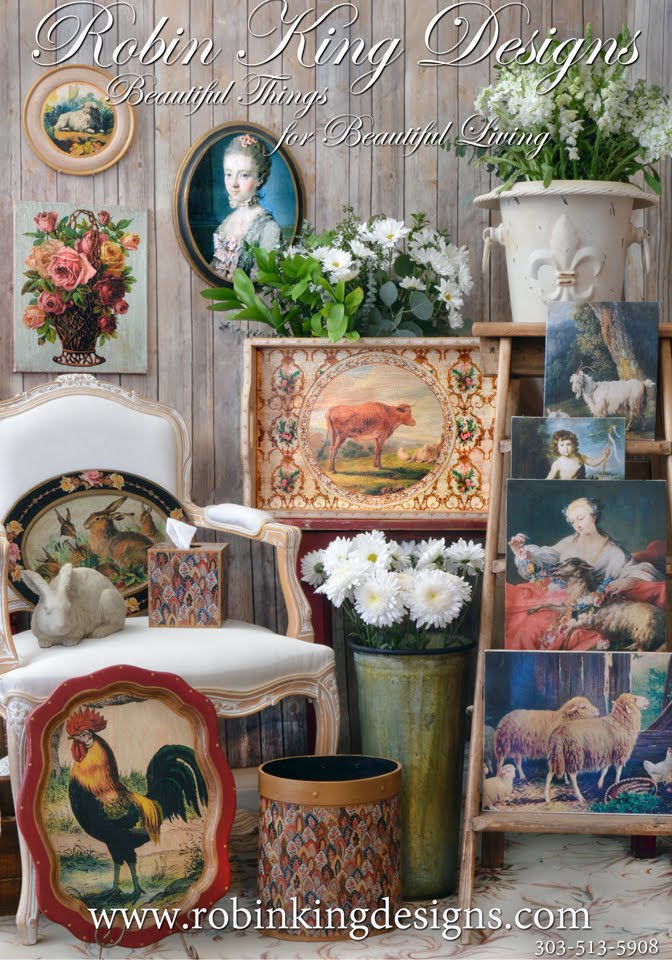 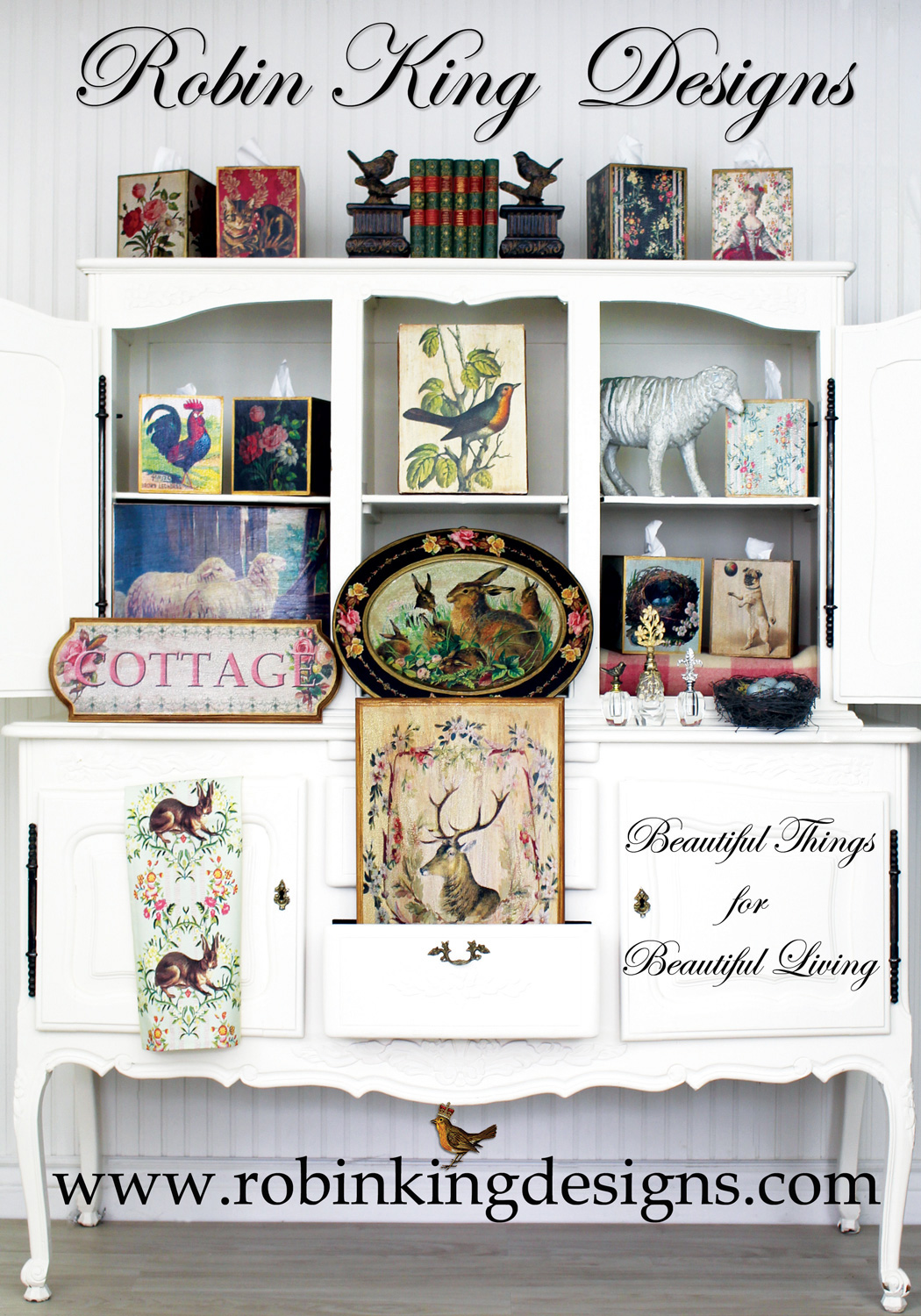 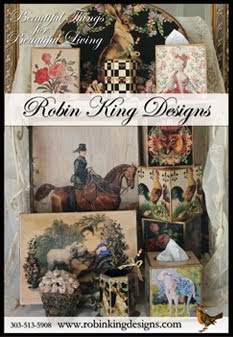 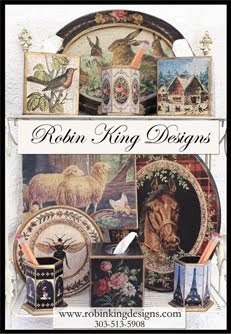 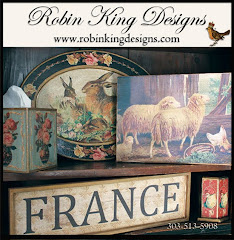 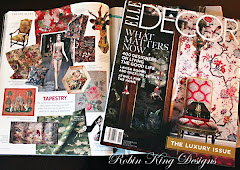 Look for my plate on page 86 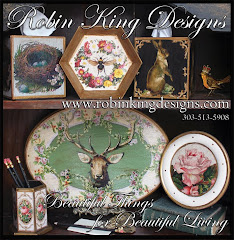 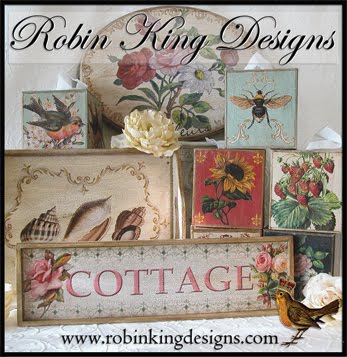 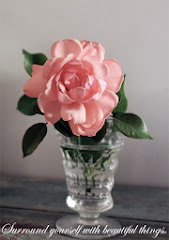 I am a wife, mother, daughter, grand-daughter, sister, artist, friend and small business owner trying to make the most out of everyday God has given to me. This blog is a journal devoted to my creative business - Robin King Designs - as well as a few other thoughts here and there. I hope you check back often to see just how I am coming along as I try to build my little business of bliss and live a creative life everyday.

All designs, photos and content are property of Robin King Designs. Please do not copy or use without written permission. Copyright 2005-2017.